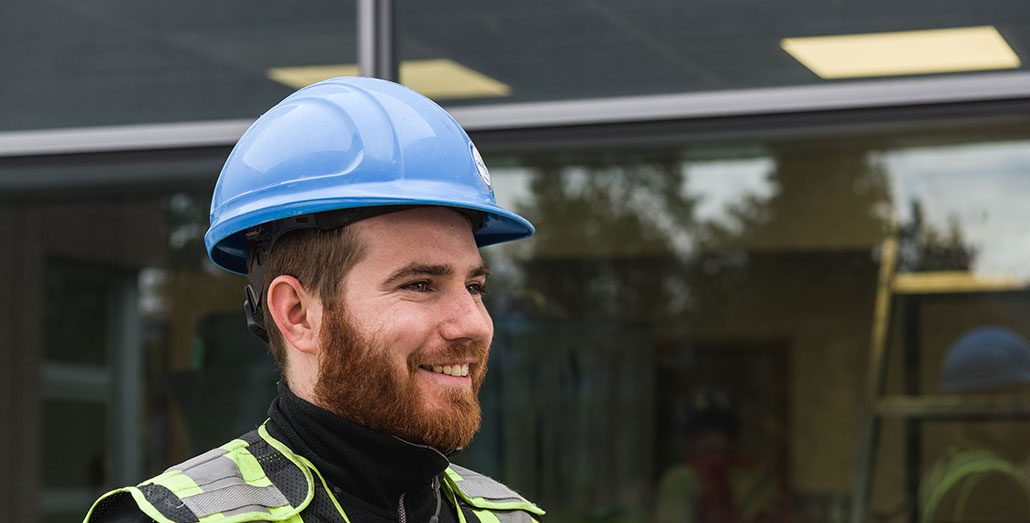 “I’ve been in Australia and New Zealand for the last couple years. I always wanted to come to Canada, so I came.”

Jamie Dickinson can make the journey to Canada sound simple, but the process, as most know, is anything but easy. Help and guidance along the way is necessary. For Jamie, with his background in carpentry, he found his way to the right contacts to ensure he was prepared for the Canadian workforce.

There are a couple key people who played helpful roles in Jamie’s Canadian employment story. Let’s start at the beginning, before Canada became a home, with Natalie Durham, an Employment Liaison from the BCCA Integrating Newcomers program. She started communicating with Jamie long before he stepped foot on Canadian ground. “One of our roles is to look at a client’s education and their credentials,” says Natalie. “My role with Jamie was really to provide him with information and resources to help with settlement. Once I knew he was a carpenter, I was able to provide him with information from the Industry Training Authority (ITA) and really encourage him to think about transferring his credentials over to Canadian ones. I also really just reassured him because the labour market in Kelowna and throughout the valley is booming.”

Given Natalie’s connection to BCCA, the next step was a natural connection. Jamie was “a perfect candidate” for the Skilled Trades Employment Program (STEP), a program also managed by the BCCA.

“The fortunate thing about him coming to Kelowna and us having the Skilled Trades Employment Program here is that I was able to connect him with one of the Regional Employment Placement Specialists, Sharon. Once he landed, that’s what we did,” says Natalie.

And that is the introduction to the next key helper in Jamie’s Canadian employment story, Sharon Miller, a Regional Employment Placement Specialist (REPS) with STEP. STEP has been connecting motivated, trained, ready-to-work candidates to construction employers in BC since 2006.

“Natalie and I have worked pretty closely in the past together with the new immigrants who are arriving and looking for work in the construction trades. It was a no brainer that Natalie would refer Jamie to STEP with his construction and his carpentry background.” says Sharon. Jamie also helped himself, bringing a strong determination and making big goals. When he landed in Canada, he was focused on working as quickly as possible and set a one week timeline to make it happen. Thanks to the high demand for skilled workers in BC and across Canada, along with the valley’s booming construction work and Jamie’s skill level, his goal proved to be realistic.

In order to get to work, Jamie had to re-stock his work equipment. STEP could help with that, too. He received a new pair of work boots and PPE, along with new tools of the trade so he could get started on a job immediately.

“We got him a job within a week. Okay, maybe a week and a half, but it was pretty quick and painless for him. I’m so pleased about that,” says Sharon.

And that leads to the next major player here: Jamie’s employer. Sharon connected with Shane Mosley, the Manager of Human Resources with Sawchuk Developments, to hand him Jamie’s resume. She had a feeling it could be a fit, and she was right. “The skill level Jamie brings is important to us in the finishing end which is what we’re doing in this particular job where he’s working,” says Shane.

Construction employers continue to feel the stress of the skilled trades shortage, and STEP is focused on making the right connections for employers and job seekers to build a strong, vibrant BC construction industry.

“This year with the shortage of trades people we reached out to STEP and met with Sharon. Sharon was great. She interviewed me and wanted to know what our needs were. She shared with me the opportunities she was getting of workers coming in through her, including Jamie,” says Shane.

If you’re an employer or a job seeker, take tips from Jamie’s experience and talk to the STEP team. If you’re planning to move to Canada and have construction experience, talk to the BCCA-IN team. These are connections that can help make the journey to employment easier, at no cost.

“STEP gave us a good candidate. I would recommend it for others as well. I think it’s a good opportunity to get some skills into the organization,” says Shane.

Apprentices & Cell Phones: To use or not to use?
Scroll to top